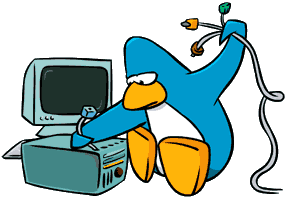 My home-ran Linux server crashed shortly after the first of the year. I’ve gotten really good up time with it since I started using it 6 years ago, with only a power supply dieing on me once, and other than that having gone years at a time without having to do a single thing - even rebooting. Well, I’m thinking the motherboard gave out this time, and I really don’t feel like messing with the server any more between software updates and hardware issues (plus it was hosted in my company’s data center, and with a few of the ideas I’m hoping to bring to fruition this year, I don’t want to overstay my welcome there!).

So I moved to an actual hosted solution with Site5. I never realized it’d be so hard to find a freakin’ provider! I understand it’s probably the nature of the beast, but it seems like there’s no single provider out there that damn near everyone just loves, even as you move up the price scale. For every story about someone being with a host for years without a single problem, there’s one where they guy’s site was down every other day and he lost half of his data in a crash. Eek! I’ve have heard good things about Site5’s Ruby on Rails hosting and their uptime in general, however, plus they provide SVN & Git on all their servers so I don’t have to worry about hosting that separately with GitHub or Unfuddle, so I took the plunge for a year to try them out. Pretty good so far, though there were a few hiccups such as having to move my DNS hosting to them and at least one server outage. Guess I’ll see how it goes.

Anyway, that’s why the site was done for two weeks or so. Hopefully it shant happen again any time soon.