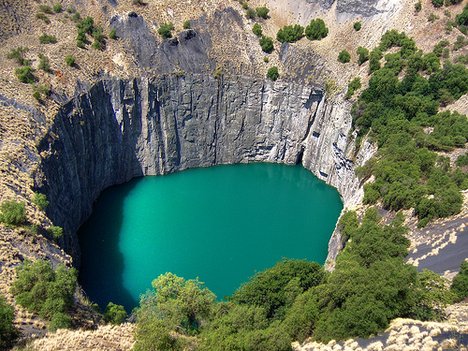 I’m a huge believer in the Pit of Success. Quite a few have written about it before, though not always in development terms. Put simply, there’s two pits you can create in your application through conventions, infrastructure, culture, tools, etc: success and failure. I obviously choose the former.

The Pit of Success is when you and the other developers on your team have to think less about the mundane stuff and when there’s only one easy development path to follow. Less thinking about crap = more thinking about business problems = faster software with less bugs. In general, if I see something that’s going to be in a lot of classes/pages and it has a decent bit of setup and baggage for it, I instantly picture another developer forgetting to bring all that along when they start new features or refactor. If things break (visually or programatically) when that happens, there’s a problem. Same goes for huge chunks of documentation explaining how to use a certain feature elsewhere in the system - time to make it easier to use! Here’s a few examples of how we’ve dug out a Pit of Success on our current project:

It’s worth noting we didn’t set out from day one to build all this stuff. Its all grown over time as the project and our stakeholder’s needs have changed. We always strive to keep KISS in mind (even if it is hard) and not build anything until it’s absolutely needed. Don’t try to create infrastructure to handle everything for you when a project’s in its infancy. Harvest it out later.

There’s also exceptions to all of these rules. Is automatic security always the right thing to do? No - if you need highly configurable security, put it out in the open and remember to set it on each request. Don’t force things into the infrastructure if they’re fighting you and have lots of exception cases. Perhaps there’s another route of attack that’ll solve the problem and still keep you circling around the Pit of Success.

You’ll create your own Pit of Success on your project just by falling into the bigger Pit of Success that is the SOLID principals. The majority of the examples up there were arrived at by just adhering to the Open/Closed Principal or the Single Responsibility Principal. They create a sort of recursive pit, I suppose.

What have you done on your projects to help create a Pit of Success?